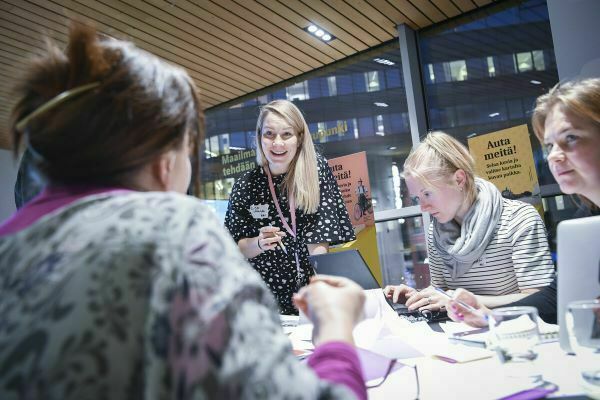 OmaStadi is a welcome opportunity to make a difference

The evaluation provided by University of Helsinki researchers on the OmaStadi implementation is cautiously positive. The evaluation report’s recommendations on developing the operating methods highlight equality of participation and increasing active discussion.

Researchers of the University of Helsinki project Tackling Biases and Bubbles in Participation (BIBU) monitored OmaStadi for more than two years and analysed the materials collected extensively by combining a variety of methods.

“OmaStadi has succeeded in many areas. The project has sparked a great deal of interest and it has been deemed to be extremely topical. Among Helsinki residents, OmaStadi is seen as a welcome new opportunity to participate and make a difference. It can be used to develop democracy in such a way that provides city residents with more say over decision-making,” estimates University of Helsinki Research Fellow Titiana Ertiö.

In their evaluation report, the BIBU project researchers compiled seven recommendations for the development of OmaStadi. Among other things, the report recommends the expansion of joint development and the promotion of equality.

“Based on the feedback collected during the first round, we have developed participatory budgeting in many ways. An important aspect in supporting equality has been updating and providing information about the OmaStadi website in seven languages. In cooperation with NGOs and City services, we have been able to reach a large number of immigrants, young people, senior citizens and clients of substances abuse services, among other target groups,” says Development Manager Kirsi Verkka.

The budget for the next round of OmaStadi activities is 8.8 million euros, and city residents submitted almost 1,500 ideas in the autumn of 2020. In the spring of 2021, the ideas will be developed into proposals by combining similar ideas and reworking them into viable suggestions, which will then be put up for a vote. The proposals will be developed in City-organised regional and themed workshops and on the OmaStadi website.

The BIBU project, which is funded by the Strategic Research Council, studies changes in citizenship. The multidisciplinary project includes researchers from six universities and research institutions.

Researchers Titiana Ertiö,  Mikko Rask and Pekka Tuominen of the Tackling Biases and Bubbles in Participation (BIBU) research project were responsible for the OmaStadi evaluation study.