This site uses cookies. By continuing to browse the site, you agree to our use of cookies. Find out more about cookies.
Voting is open until 28 October 8 p.m. - Start voting

In OmaStadi, all Helsinki residents turning 12 or older in the voting year are eligible to vote. Take a look at the proposals, and vote on the proposals of your chosen district and on the joint proposals of Helsinki.

Explore the proposals and start vot﻿ing 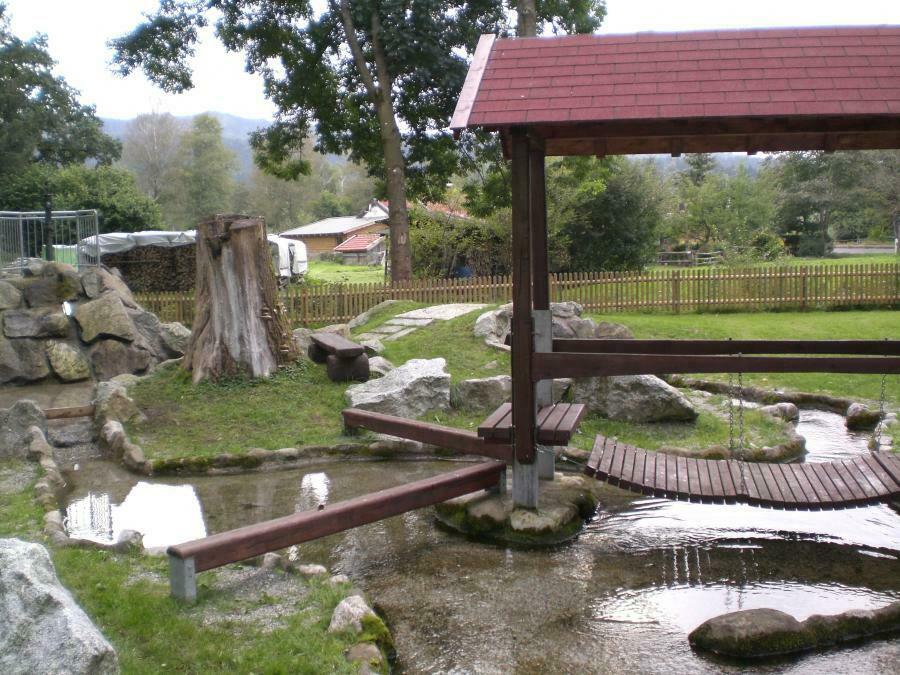 #942
All of Helsinki
24/02/2021
Sports and outdoor recreation - Recreation routes and their facilities
You can participate either by submitting a comment or by asking for a permission to edit content directly.

The outdoor play parks in Helsinki look similar to each other and lack visual esthetics, whereas abroad there can easily be found examples of themed outdoor play areas designed by artists featuring the history of the city, children book characters, or equipped for playing with water. A unique themed play park is strongly needed for making creative play and nice family time possible. The play parks in Stockholm like Mulle Mecks lekpark (Solna), Anders Franzéns park and Bryggartäppan (Stockholm), Donauinsel (Wasserspielplatz) Water Park in Vienna, Austria, as well as Finnish examples like water play area in Launeen perhepuisto (Lahti) and Science Park Galilei outside Heureka can definitely be seen as inspiration for Helsinki .
The idea is that children would be exposed to the Finland's cultural heritage while getting a fantastic playing experience and for adults it would be a nice recreational site to be in. The location for the future park suggested by the City of Helsinki is an existing playground area next to the Kontula metro station: Naapurintie 14. The park could bring a positive change to the whole city as well as to the particular neighbourhood: it would add a cultural element to the urban renewal area and bring new people there (both city residents and tourists).
The Finnish theme could be represented by f.e. "Kalevala"-inspired and natural settings. For the playing experience the park would offer visually attractive labyrinths and climbing facilities. The highlight of the park for kids would be a water zone for experimenting, splashing, and dragging themselves on a cable raft .

(The idea was initially brought up by my then 7 y.o. son).

Ideas attached to this proposal

Thank you for your inspiring proposal! It is true that themed outdoor play areas can be special points of interests in cities and neighbourhoods. It would be good to pick one theme and use it in the park, as several themes would require a very large area, and increase the costs as well. We have discussed the locations you suggested as well as other central locations, however there are already new outdoor play areas close e.g. to the Central library Oodi and the House of Music. There is a plan to build theme playgrounds in the urban renewal areas (https://www.uuttahelsinkia.fi/fi/kestava-kaupunkikehitys/kaupunkiuudistus) in the future.

That is a way to bring positive change and new people to the areas. We would suggest that the location of the themed outdoor play area of your proposal would be in Kontula, one of the urban renewal areas and next to a metro station. There is an existing outdoor playground area (Naapurintie 14, 00940 Helsinki), which is in need of upgrading as well as there is space to make it bigger. Finland themed outdoor play area would be great for the immigrants as well as tourists, which could take the metro from the city centre. We hope that this location could serve as an option for your proposal. We would like to invite you to a Teemaraksa online workshop.

It can happen that you will receive a message from the city expert to the comment field of your proposal that your proposal is ready as such and will proceed next to cost calculation. In this case, we will automatically cancel your registration for the workshop if you have already registered.

Thank you for your proposal! We kindly ask if you could modify the last chapter of your proposal as soon as possible, as we cannot promise yet, in this phase, in such a detail what it is possibly to build in the park. It is good to give examples what you wish there to be e.g. climbing, water activities and the themes, but it is the next phase of planning when it is possible to describe more in detail the physical elements, which are to be built.

Hello! The editing is done. I saved the previous version of the paragraph describing the elements of the park in the attachment, so that they could be taken into consideration later.

The co-creation of proposals will continue here on OmaStadi website until 21.5.2021. During that time, city experts will comment on the proposals and, if necessary, request clarifications so that the proposals are ready for the calculations of the proposals’ costs and later this year for residents to vote on. Please edit the proposal according to the city experts’ comments by the deadline of 21.5.2021.

If you participated in the online workshops during the previous two weeks, please also remember to modify your proposal according to the comments of the city experts presented in the workshops.

When the proposal is complete, the city expert acknowledges it by comment: “ready for cost calculation”.

The title and text of the proposal will appear on the OmaStadi website during the vote. At this stage, it is also worthwhile to make them as descriptive and attractive as possible.

Happy 1st of May!

Thank you for your proposal! It is ready for the calculation of the costs.