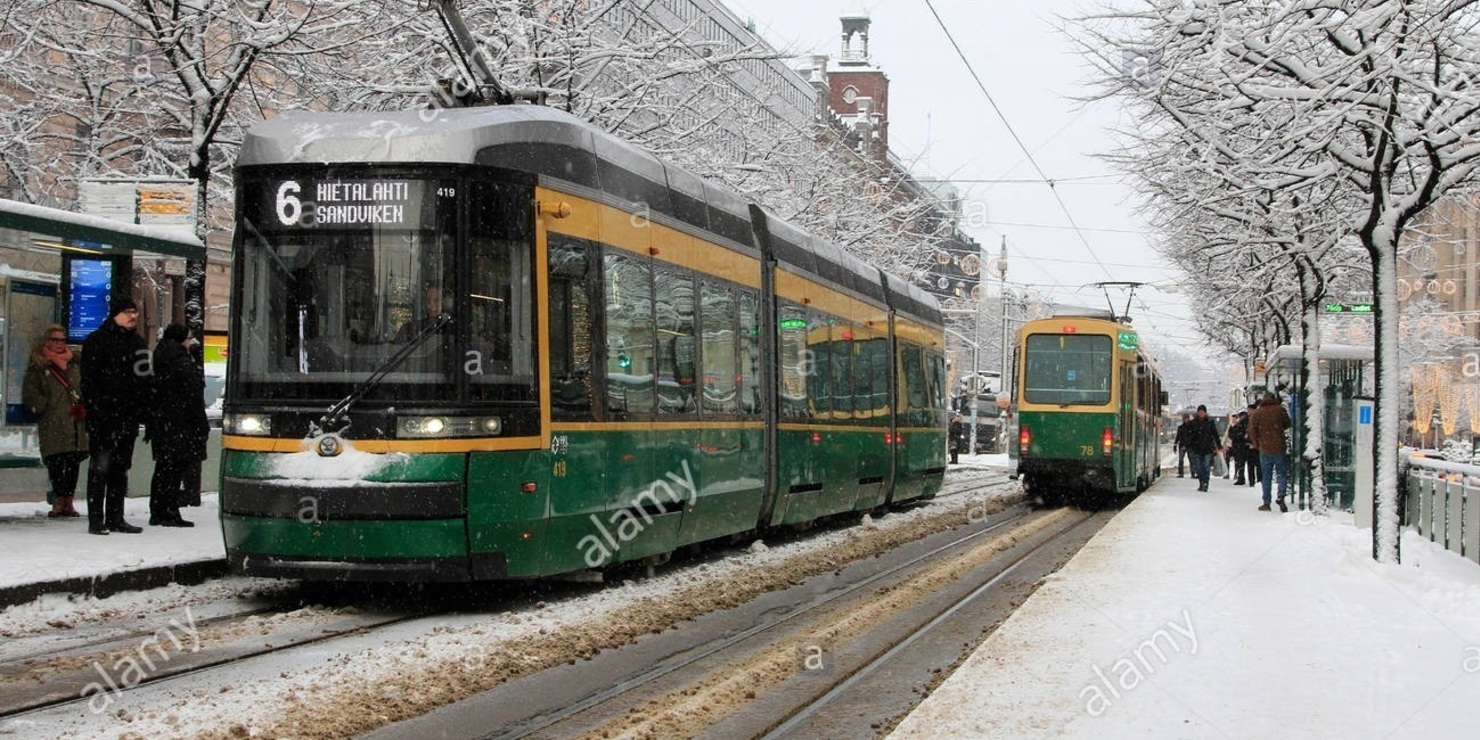 More comfort in bus and tram stops during winter

Finland is one of the ten coldest countries in the world, right beside Norway, Iceland and Sweden. Although the capital area is not the coldest in the country, it is the most populated and the most visited. Also, southern temperature sensations are constantly decreased by strong winds.
Inspired by the Canadian idea, we suggest that the bus and tram stops in Central Helsinki offer a higher level of comfort and protection from the cold weather. We suggest that an additional glass be added to half of the front part of the stops’ structures, forming a protective shelter.
This would beneficiate not only all residents, but specially the elderly and little children. It would also help visitants and newly arrived immigrants who are not yet used to the cold, while waiting for the transports. In addition, a person would not suffer such a drastic change of temperature from the outside to the inside of the transport.